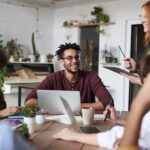 Intellectual property is an intangible asset of a human. This intangible asset can be changed into a patent but not every intellectual property can become patent. Entrepreneurs are full of ideas and motivation. Usually, they used to be conservative in sharing ideas with someone so that they could be stolen. The number one thing you can do before starting about a patent or any legal means is execution. Here are some point be considered before getting into legal means of a patent. Point are described below:

You should focus on the execution of your idea. Try to avoid thinking about future hurdles. Give your maximum to get your idea to execution so that it could be confirmed to you that you are going in the right way.

You should be first in the market presenting that idea. For instance, A successful company Like Twitter was a relatively simple concept of 140 characters but they got to market first and Got their concept moving before anyone else could have done that. So from this, we realize speed is absolute of the essence.

If you already raised money and You can Afford the patent attorney then you should get the advice of the patent attorney and start talking about your idea. Remember not all concepts are patentable. Because everything cannot be considered as great, there are some pros and cons.

How to Protect your Intellectual Property:

There are different kinds of a patent attorney, find the one specializes in your spaces. There are tons through Silicon valley. You should go talk to them and they will go through in detail your intellectual property to determine whether it is patentable or not. The attorney can better guide you about your spaces so that you keep up in the right direction.

After creating and discuss with an attorney and after he said that this could be patentable then the next thing you do is to file a provisional patent, not a full patent. Yet despite the provisional, it will give you a year extension. You don’t have to throw all the money down to chase the entire patent, while you build your business because if you end up getting tight on cash, you could have spent your money spent on patent execution or business. I think I would better spend that money in execution anyway.

Factors to Consider When Looking for a Construction Contractor